I’ve spent my convalescence, which I am now ready to admit was from the flu, catching up on television that I’ve neglected.  Downton Abbey was first on my list and I am happy to say that it has completely revived my passion for early 1900s fashion.  I mean, just look at it: 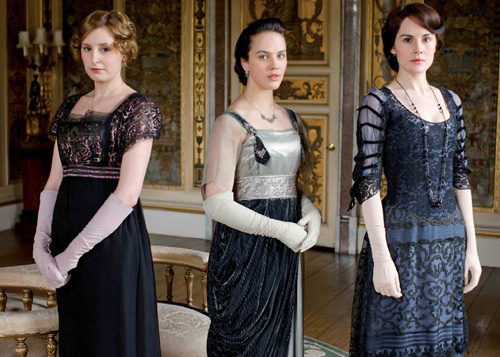 The lace! The beading! The draping! The fabrics!  I love it all.  I wish I could be more eloquent about it, but I just can’t.  All is what I love and all is all I can say.

I think my passion for it started with a show I used to watch when I was in highschool, living in London: The House of Eliott.  It’s about two sisters, Beatrice & Evie, who own a couture design house.  There’s an element of the upstairs/downstairs feeling of Downton Abbey, but the girls are not as well-to-do as the Crawleys.  Being business owners would put them firmly into the middle class.  At any rate, it’s been years since I watched it, so I don’t remember as much as I like. I remember one of their employees couldn’t stitch straight and it turned out she needed glasses…and that Beatrice’s beau’s name is Jack and that he was quite handsome. I’ve had it on my Amazon wish list for ages, but nobody seems to think I want it that much. 🙂 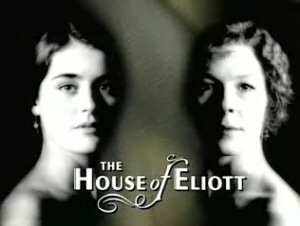 The House of Eliott – title image

Having nothing to do with the roaring 20s and everything to do with couture design houses, in 2005 the Sundance Channel aired a miniseries called Singé Chanel which followed Karl Lagerfeld, and to a larger degree, the women who do the real work of sewing the dresses, from start to finish through a couture collection.  I loved this show as much, if not more than The House of Eliott.  I speak not a lick of French (deux baguettes, s’il vous plaît!), but I have poured over the episodes so many times I don’t even need to read the subtitles any more.  It’s too bad the show is no longer available in the United States. 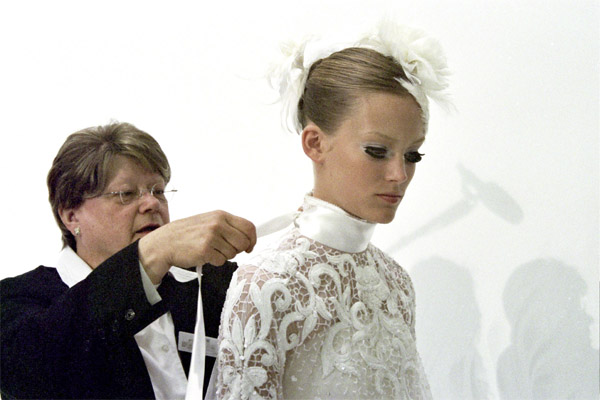 Which brings us up to present day in which I, somewhat obsessively, watch Project Runway. (I watched it before it was cool, yo.) My favorite, if you had any doubt, is Uli, who I hope will win, but we shall see (If I’m honest, I think Anthony Ryan is going to take it).  Given my passion for 1920s fashion, is it any wonder that Uli is my fav? 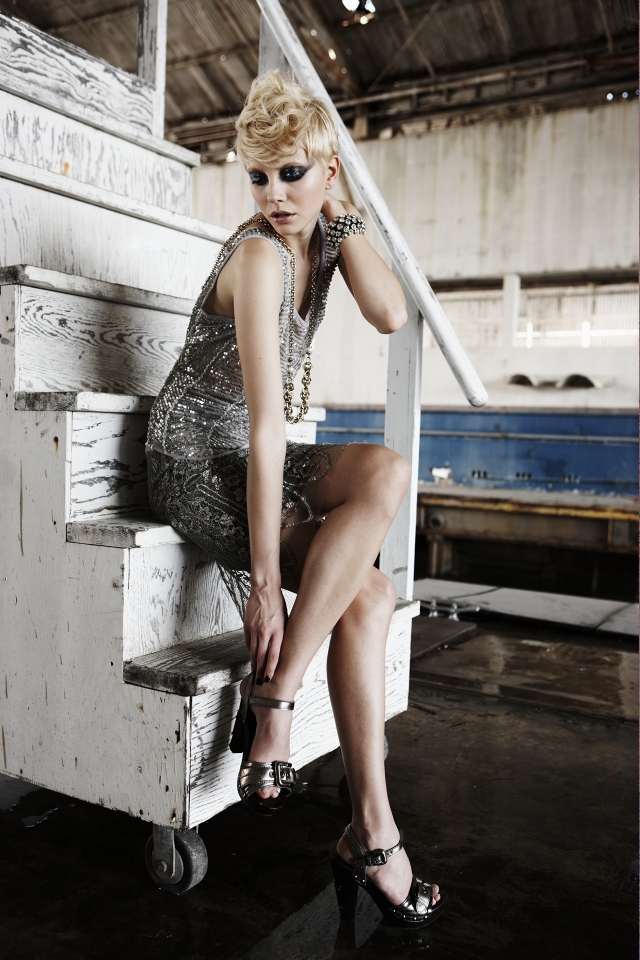 One of Uli’s amazing designs.